Game Changers: Do We Need E3? 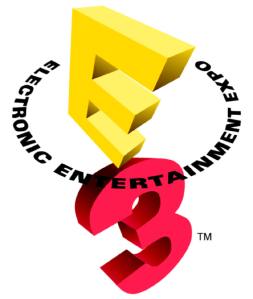 I have been noticing more and more the lack of actual importance behind E3. For many gamers, E3 is the Super Bowl, Stanley Cup, World Series event held especially for our sect. It is the event that most gamers wish to take part in. I, myself, wish to travel to E3 for one year. It’s pretty much my Mecca.
Although, I am quickly overwhelmed with the idea that this golden city is more like a copper city that has been slowly oxidized over the last several years. No one cares enough to clean it up, giving it the glow and shine of its former self. Instead, people segregate themselves from the situation, letting it go as a spectacle without anything truly redeeming, which is essentially happening to E3.
Microsoft and Sony have stepped out on their own to produce their own events, on their own terms, with their own set schedule. Sony showed the major details behind their next console at their own leisure, as well as Microsoft doing the same thing a week from today. Nintendo stated that they will not hold a press conference at this year’s E3, claiming that they would rather hold their digital streaming events that take place on an almost once-per-quarterly basis. This tactic seems to bring more mass appeal to Nintendo products, and seems to be a more rewarding experience for the fans.
So the question lies, do we really need an E3? Can companies just come out and just hold these press events once or many times a year to keep the fan base placid? I honestly think the industry could hold their own events, and circulate E3 on a more software side of the industry. Show some of the games, because after all, the most major complaint we all spout out is “where are the games?”
Maybe this is what companies really want. What if we are lead to believe that holding these separate conferences prior to E3 gives more time at E3 to present these games. On average, we only see games on stage for approximately 5 minutes. It’s hard to demo a game in front of thousands of people, and a live audience, and not feel like something might not be right. Maybe this is a way of relieving this pressure off of developers.
If you’re not familiar with development, there are major crunch time the weeks before E3. Right now, as you are reading this, there are tons of people freaking out over issues that might stand out during their presentations at E3.
As I contemplate myself with the above stated facts, I can’t honestly say if it’s worth having an E3 or not. This is a new generation, a new cycle of gaming and industry dynamics. The core rulebook has been re-written and it’s up to us to fill in the blank pages in the wake of these game presentations.